people pledged to write in 'European' in the census 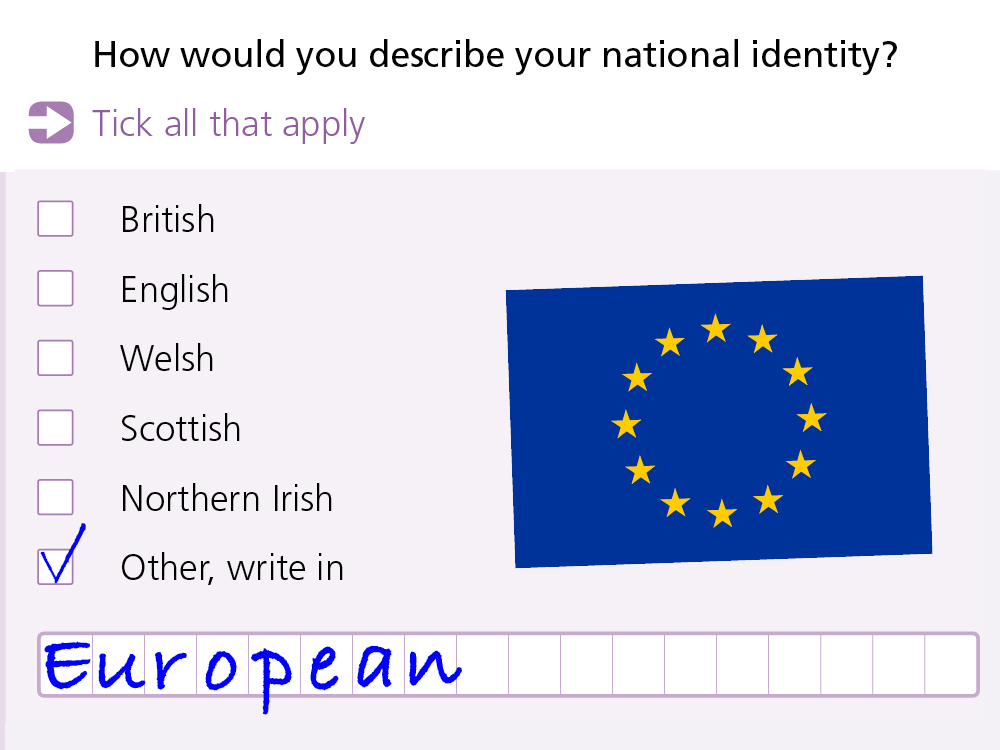 I declared myself European in the census 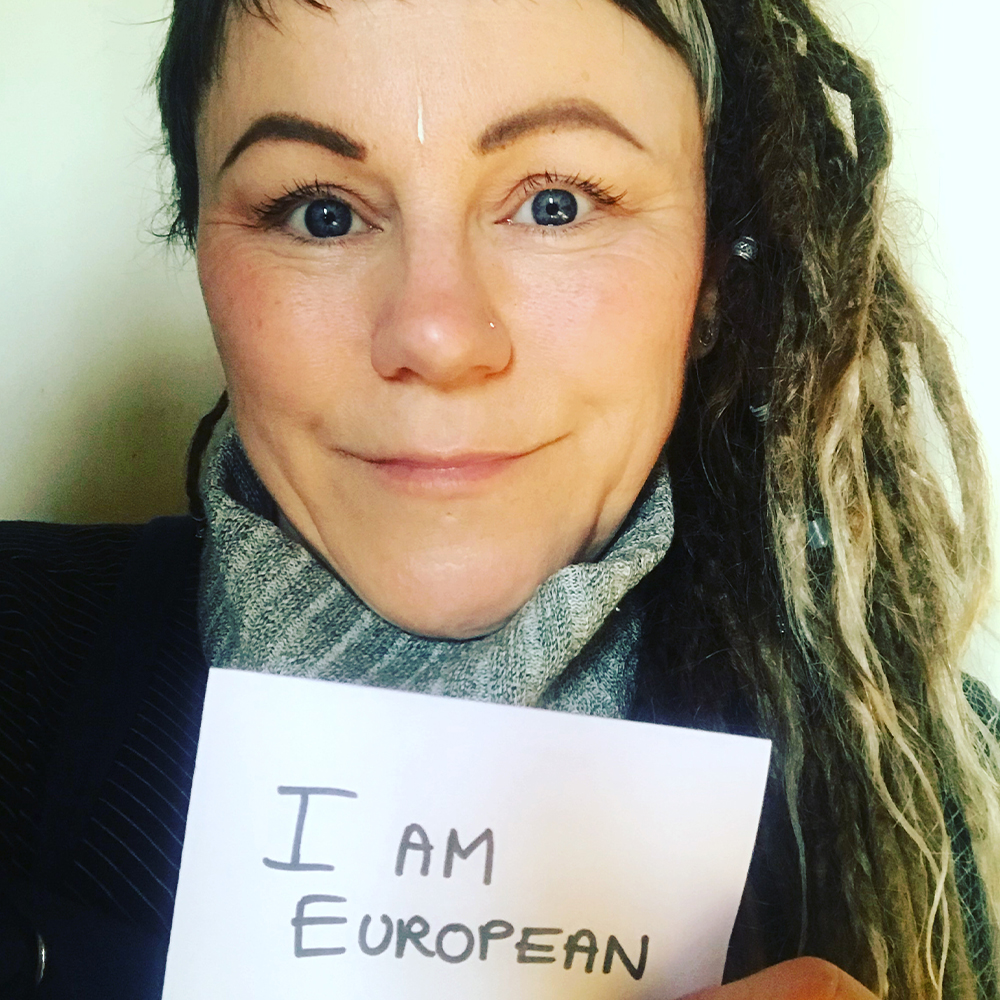 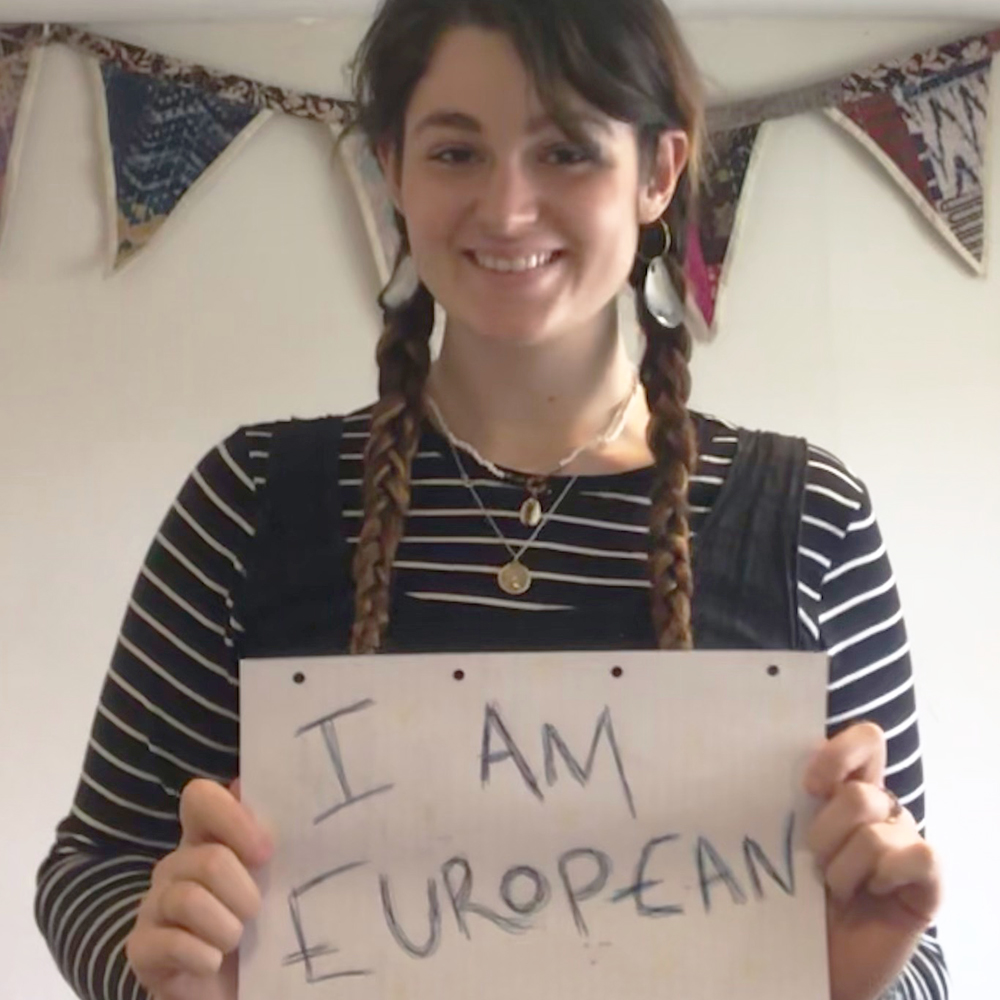 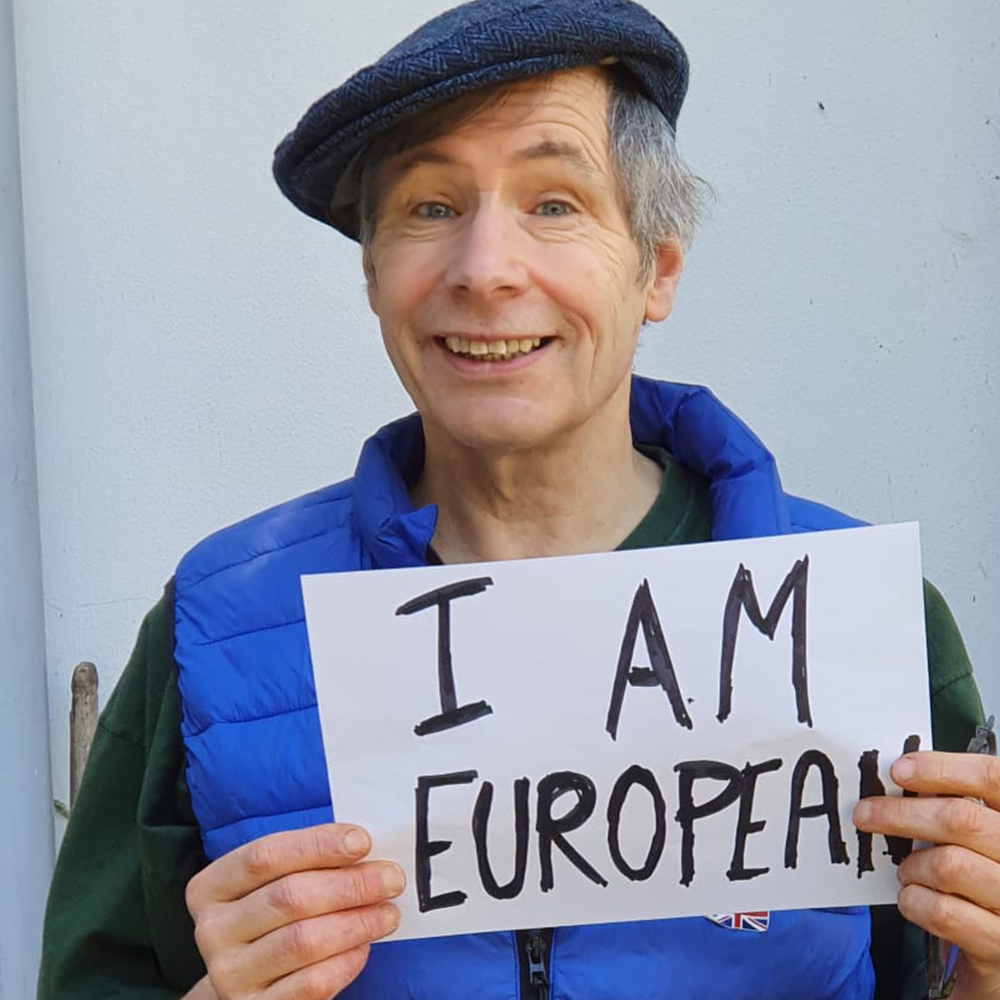 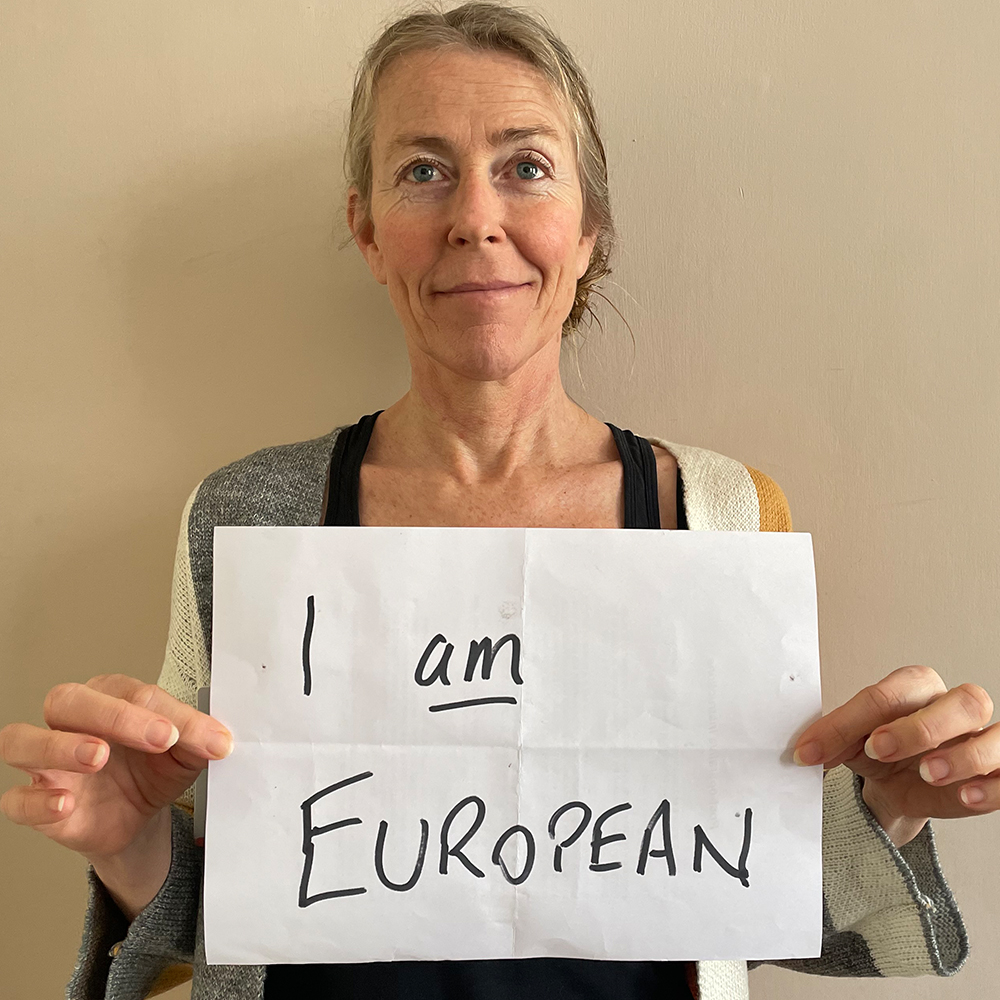 “Being European means we are united, not divided. It means we're part of a community, have cultural identity and are not blinded by nationalism” Lee

“Being European means being part of a bigger community that is open and diverse in culture, language, history and individuality” Lewis

“I’m European, irrespective of whether 52% wanted out of the EU. Who cares what the Brexit result was? We are still a European country!” Mandy

“I've always been proud to be only Scottish, rather than British, but since being in Europe, I'm happy to call myself European Scottish. I want to be European.” Lorna

“Being European means everything to me. I wish we could reverse Brexit for the good of the UK.” Janine

“I have identified primarily as a European all my adult life. This a fundamental sense of who I am and it cannot be removed or stolen.” Neil

“I have not ceased to think of myself as European, despite being deprived of my European citizenship by the British government. Britain is a part of Europe both geographically and culturally.” Christopher

“I am not giving up my connection to Europe just because of Brexit. I don’t want to be just British - we are part of Europe.” Mary

Your pledge has been added! Please share to spread the word:

Step-by-step guide to declaring yourself European

2 Go to the census website and enter your code

3 For ‘How would you describe your national identity?’ choose ‘Other’

4 Click Next and you'll be asked to write in your nationality: type ‘European’

6 Share on social media to encourage others to do it too!

The census asks how you would describe your national identity. By writing ‘European’, you’ll be making it clear that you identify as European regardless of what your post-Brexit passport says. It sends a message that you still see yourself as part of Europe, valued your European citizenship and want it back – either on an individual basis or by the UK rejoining the European Union.

Questions about declaring yourself European

This web page is run by Stay European - a grassroots campaign dedicated to individual EU citizenship, rejoining the EU and resisting the damaging effects of Brexit. We are one of a range of pro-EU organisations encouraging people to declare themselves European in the census.

Once the Office for National Statistics has completed the census, we will ask them how many people wrote that their national identity is ‘European’. (Anyone can request census totals for any question.) If a sizeable proportion declared themselves European, we’ll be able to use the result to argue that there are a lot of people in the UK who still identify as European. It gives us a form of recognition that is useful both for our citizenship campaigning and for the longer term cause of rejoining the EU.

This is a common concern, but it is unfounded. In addition to the question on national identity (which is based on self-identification), there is also a question which asks you to declare which passports you hold. So everyone who is a citizen of another European country will be able to make that clear.

It is not only legal but encouraged, if you genuinely identify as European. The question is specifically about how you self-identify. The official census guidance on the question says: "Your national identity is what you think it is... It's not dependent on your ethnic group or citizenship. This question allows you to record an identity that isn't listed, if you want to." The online census form even suggests ‘European’ as an option when you begin to type it.

No, all information entered in the census is anonymised before the statistics are published, so none of your personal details are released, only total numbers. Future historians will be able to see the full census data, but it is kept secret for 100 years.

Yes, you can tick as many nationalities as you identify with (for example, Welsh, British and Other).

On the online census form you can type in several entries for Other, separated by commas. (It is unclear whether this works on the paper form.) Remember that British, English, Scottish, Welsh and Northern Irish are already included as separate tickboxes, so for example if you wanted to identify as Scottish European, it would be best to tick Scottish and Other, then just write European for Other.

In order for us to be able to see how many people identify as European in the census, it is important that you only type the word ‘European’ into the box (so please don’t type EU, Europe, Europeans, etc).

Questions about the census

The census is a survey that happens every 10 years of all households, to count how many people are here and collect statistics about them.

The census is for everyone who lives in England, Wales or Northern Ireland. There is a separate Scottish census in 2022.

Unfortunately not, the census is only for people who live in Britain (unless their stay abroad is temporary).

Yes, everyone who lives here can take part in the census. If you would like to support this campaign, please write ‘European’ for the nationality question, not your specific European country. (There are separate questions about citizenships held, so your specific nationality will still be counted there.)

21 March was Census Day, but it was not a deadline. In fact, if you have not yet filled in the census, you are still required to by law and census staff should soon start attempting to contact you. If you have not received a letter with an access code, you can request one here.

Yes, it’s still possible to write that you’re European on the paper census form. Just tick ‘Other’ and write ‘European’ in the box.

Yes, anyone can request a paper version of the questionnaire from census field staff or via post by calling the contact centre for free.